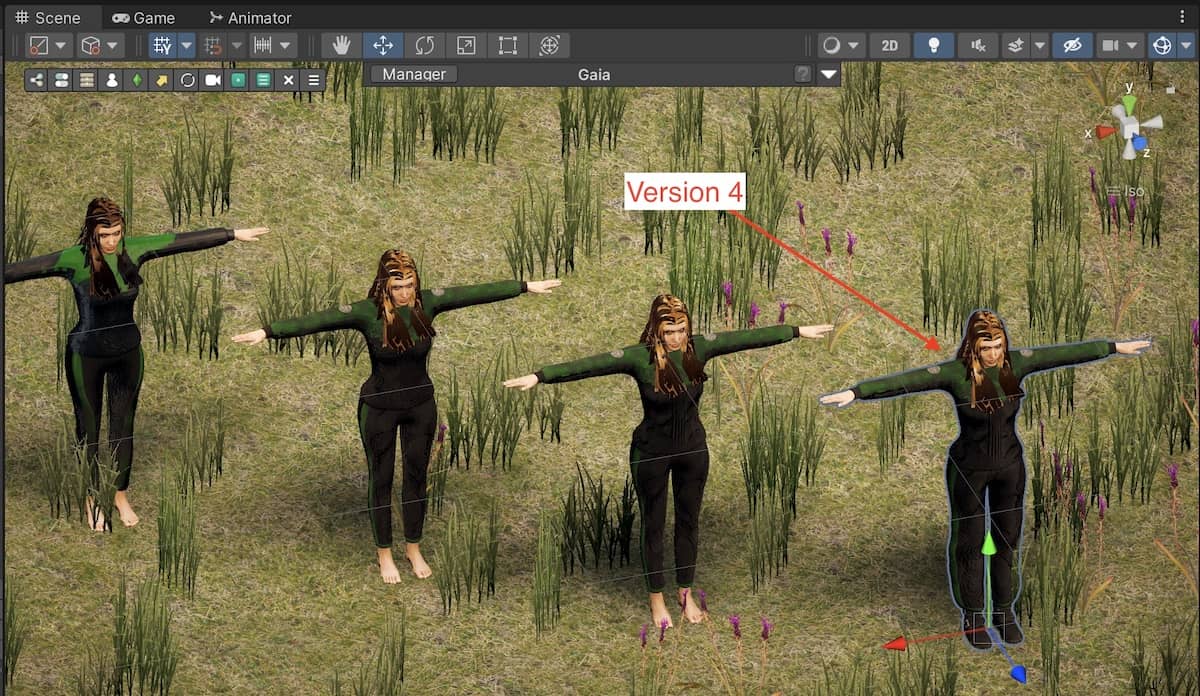 We already had a male settler model.  We needed a female one.   I knew it would take me forever to create one on my own, so I went to CGTrader.  I hired someone as soon as I found someone that would help.   I think I should have looked around a bit more but I was at least able to get a basic — no better than basic — model started.

I went back and forth with the artist multiple times to get the texture the way it was originally envisioned.  He had experience with ZBrush but not a lot with UV Mapping and Substance Painter.  He and I worked together to get the UV Map and textures to work.

When he was finished with the final model and textures, I was able to edit the Diffuse and Color Map in PhotoShop.   Because of the way the UVs were laid out, I was not able to put the NWC logo on the area I wanted, the chest.  I opted to put them on the bicep area of the uniform sleeves.  I was still not able to place them precisely where I wanted.  The UV break was in the wrong place, and there was a little bit of stretching.

I went back to CGTrader to see if I could find someone that could help me with helping make the model and uniform looks the way we envisioned.  I was happy with who I found.    I ended up paying double what I had budgeted for the model (between both artists) but it was worth it.

The second artist redid the uniform from scratch and used Substance Painter to build the texture.  I was ecstatic to see the results.  They looked like the early concept art made by Jitse Akse and VMBlast back in 2011.    I am glad we are able to them for their contributions by making his concept a reality. 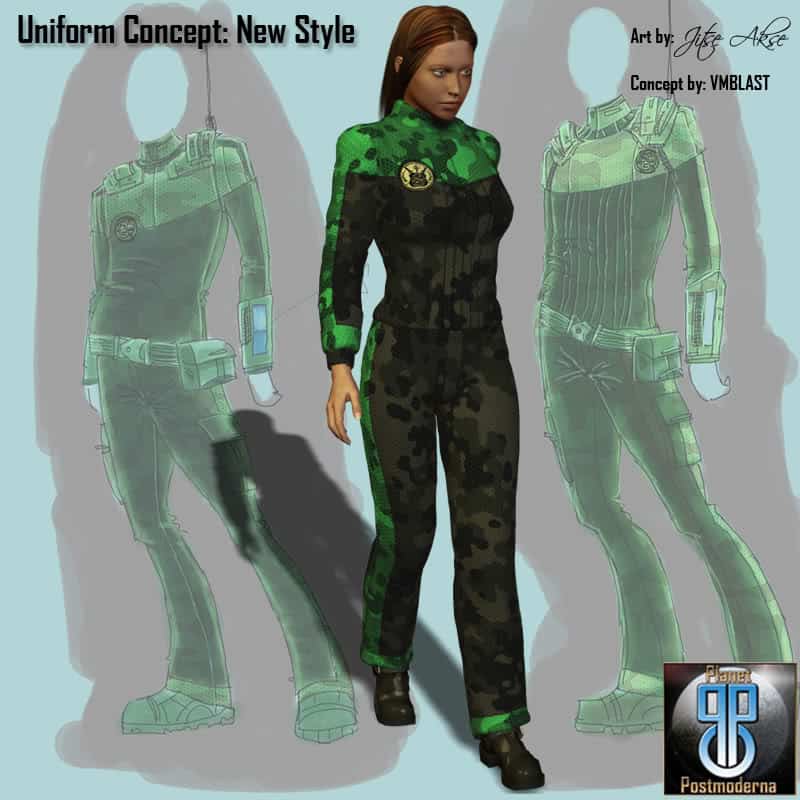 I purchased models for the hair and the shoes.   I asked the artist to attach the shoes to the model and uniform.  He was able to do that.  It looked pretty good.   The artist did a great job at connecting the shoes to the base mesh. 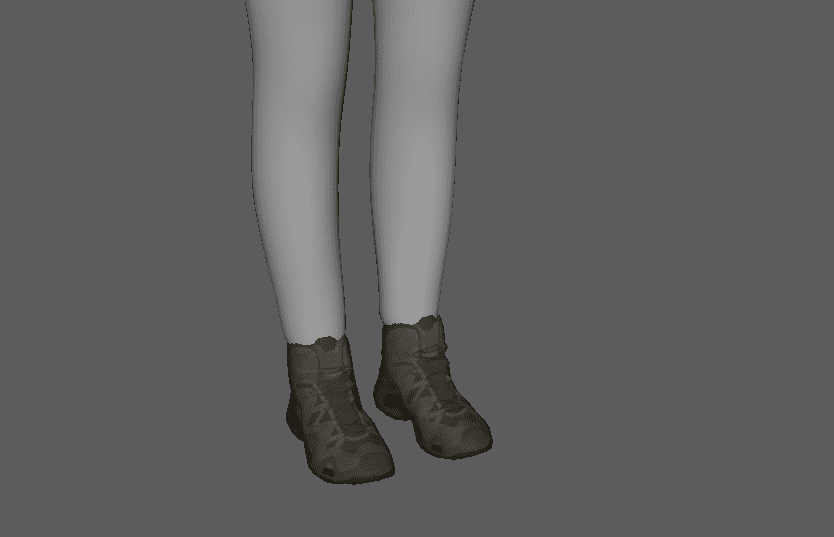 Changing up the hair

I wanted to modify the hair that came with the model from the first artist.  I did not really like the way it looked.  I tried everything I could to make it look better.  I played with changing the shaders, the textures, and other settings but could not get it the way I wanted. 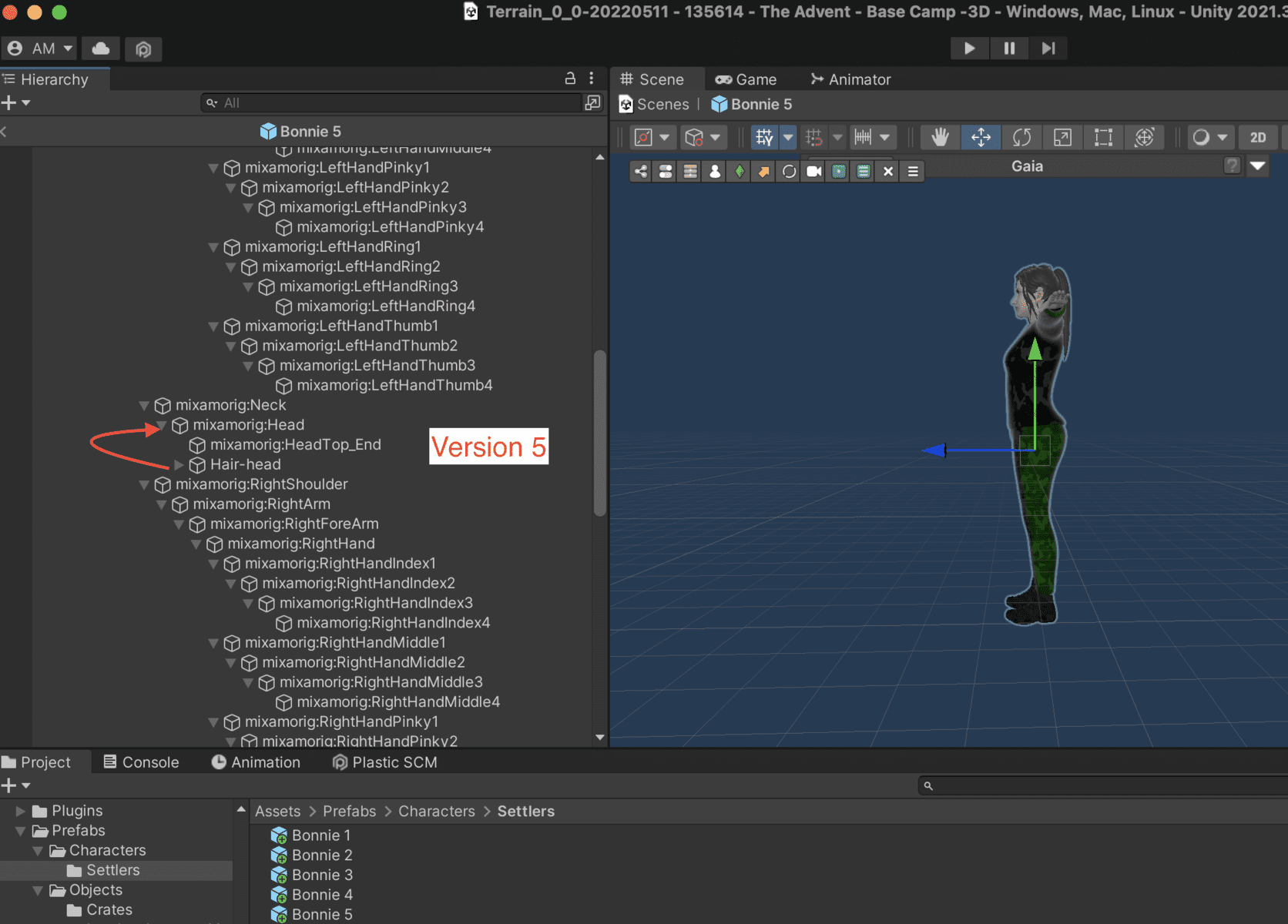 It took some time for me to figure out that I could reorganize the bones from inside of Unity.  Once I figured that out, the rest happened just like magic.   The hair model stayed in place on the head of the character model.  Once I added in the Dynamic Bone script, I was able to make the hair move with the correct physics. 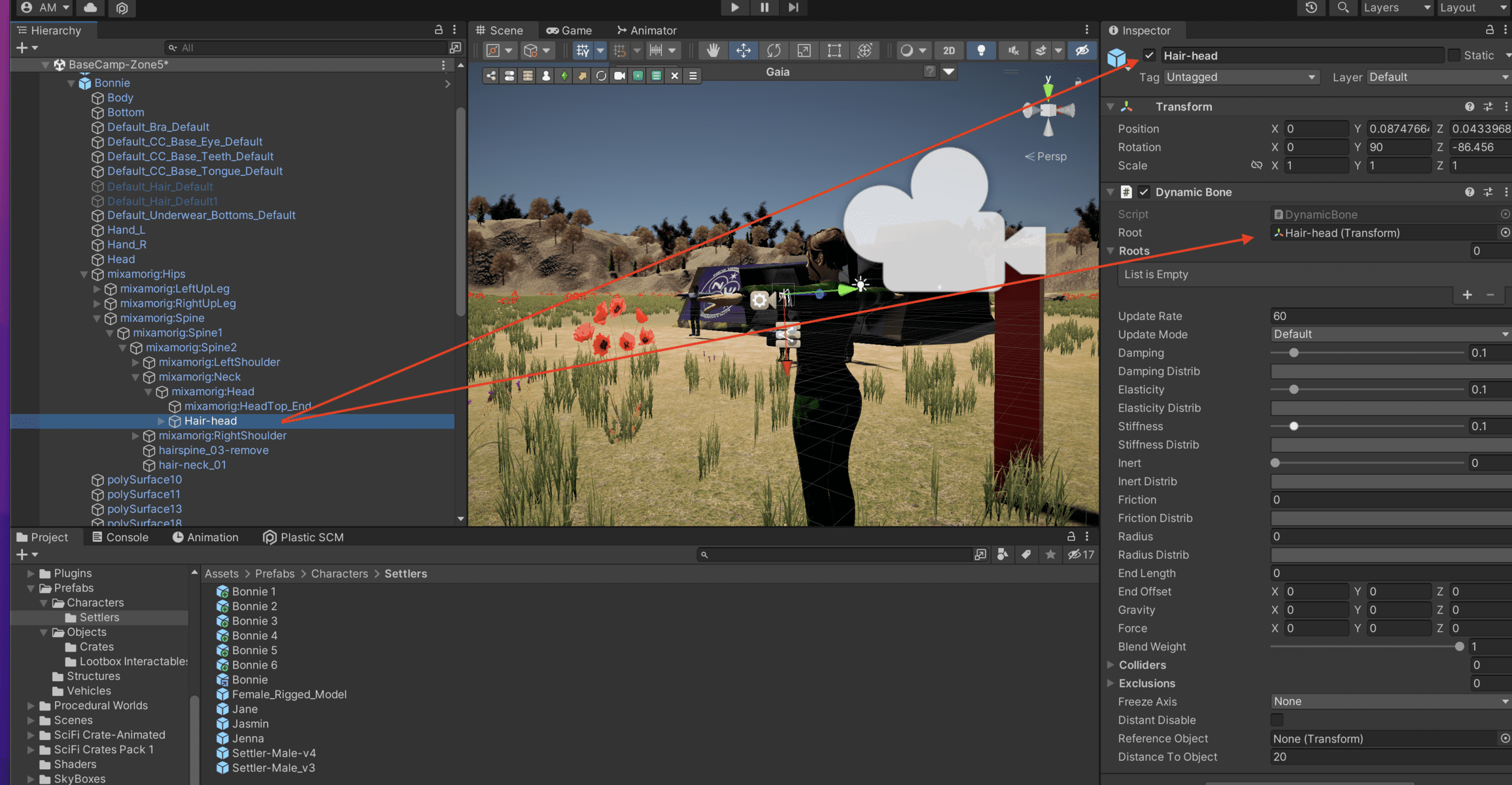 All in all, I am really happy with the final result.   I ended up saving both models.  I will use the first as a secondary NPC model and the second model for the same (changing the hairstyles and uniform color textures).  I am hoping to build the start of the demo to include a character selector that will allow players to pick between the male and the female model.  Check the video of the final model.